How I Chose My New Amateur (Ham) Radio Vanity Callsign 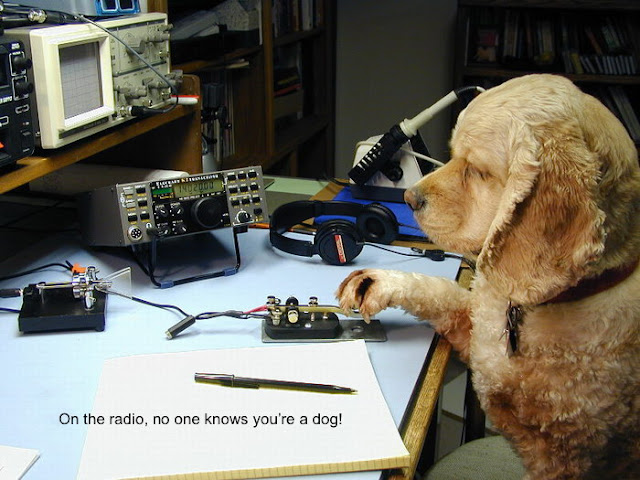 After you have been granted an amateur (i.e. 'ham') radio FCC callsign you have the option to exchange it for a different one that is available and allowed for your license class.

I was assigned KM6AAI ...[ kilo mike six alpha alpha india.] I liked it but I wanted a shorter call by dropping the 'M' and perhaps getting a 'better' suffix. (I'm always amazed that the FCC gave out [kilo six alpha sierra sierra] and [whiskey four tango india tango])!!!

While studying for my Extra exam I did three months of "on and off" research on what vanity call to "reward' myself with upon passing.

My goal was to find a callsign letter-combo that upon hearing was easy to remember as well as one that (subjectively) rolled off the tongue.

While my method was not scientific by any means, after talking to hams and non-hams and doing some testing I learned a lot of things. In no particular order, here are my findings.

Given five sets of 3 letters (like what might be heard in a DX pileup) I found that my test group of people remembered the combinations with double letters [AAX] or where all 3 were the same [BBB] better than any other grouping EXCEPT if the 3 letters form a known word like CAT or DOG or GOD or GUN or BAT, etc.

All of the 'K6' three-letter common words [map, cop, etc] as well as the three-single-letter options [BBB, GGG] were taken so I had to look for a combination of double-letters followed by a third letter that would tend to stand out and be easily remembered.

I found that the better remembered groups were those that were easy to pronounce phonetically... they rolled off the tongue. Combos like [GGK... golf, golf, kilo] did not work as well as something like [AAL... alpha, alpha, lima].

I found that letters that were vowels or phonetics ending in vowels tended to sound better and be remembered better than harder consonants... 'alpha' worked better than 'hotel.'

I found that the double-letter pair coming first was better remembered than if the pair came last. [AAF ... alpha, alpha, foxtrot] was recalled more often than [FAA... foxtrot, alpha, alpha] because often people didn't hear the final letter of a double letter combo. They hear [FA] and not [FAA].

I also learned that phonetics that had the emphasis on the first syllable (echo) were better remembered than when the emphasis was in the middle (november, sierra) or at the end (quebec, hotel).

While it was a very minor issue, I found that a two-syllable final letter phonetic like "echo" was more often remembered than a three-syllable third letter like [sierra ...see-air-ahh]. (There are only 2 one-syllable letters... golf, mike.)

I liked the sound of 'india' and while it is a three-syllable word, it gets slurred and often sounds like a two-syllable phonetic...  'in-jah.' It helped that 'india' is a well-known country.

I also liked the sound of 'lima.' While 'lima' is a city (in Peru and Ohio,) few people had ever heard of it. Perhaps if 'L' was phonetically 'lie-mah' (like the bean) it might work better than 'lee-mah!')

I gathered a lot of data. The argument can be made that it was just random and I won't dispute that. But random data is better (at some level) than a SWAG (https://www.acronymfinder.com/SWAG.html).

So at the end of the day... I decided to drop the 'M' and  keep the suffix that the FCC had given me...[alpha, alpha, india] which was as good as I could get. Everything better was taken.

The above was MY methodology.