Brave: A Better and Safer Browser

Most people think there are only a few browsers around. The best known are Apple Safari, Mozilla Firefox, Opera, and Google Chrome.

Google Chrome has about 60% of the browser install base. It is what I use… up to now.
Google put the basic 'engine' (named Chromium) of their browser in the public domain so that others could build browsers. Google probably didn't want to do it, but there were some political and (European) legal reasons why they did (or had to.)

I won't go into a long explanation about just how much personal data Google collects... but it is extensive... they see every site you go to as well as every search you make and every user/password you enter. They log all of this info on you into their database and sell it to the highest bidder... which is why you get a lot of junk mail and robo-calls, not to mention the potential of identity-theft.

In the past 24 months people have gotten 'sick and tired' of Google and as a result several new browsers have been developed that are based on privacy... they don't track you, they block ads, and they don't collect any data.

A very well-known programmer, actually a 'legend' in browser development... Brendan Eich,  put together a talented staff of developers (in 2017) and with some venture capital he created a browser called Brave that is based on privacy. They have released their new browser and it is now taking off in popularity.
(The browser also has a potentially revolutionary methodology to actually pay people to accept certain ads that Brave 'vets' but it is strictly voluntary and it is turned off by default. I didn’t turn it on… yet.)
You can read about and download the Brave browser here: https://brave.com/

There are tons of review about Brave... just Google if you want to see them.

Here is a good one: https://www.cnet.com/news/brave-1-0-browser-review-browse-faster-and-safer-while-ticking-off-advertisers/

Of course the advantages of privacy goes without saying. But there is another feature. Because the browser blocks ads and does not write a zillion cookies that sites place on your computer, pages render much faster than when using Google Chrome. (Note: you won't see ads, just gray boxes where they would go… if they had been downloaded.) Thus, if you are on limited data or a slow connection, this is a big advantage.

Since Brave is built on the Chrome engine, it looks and feels EXACTLY like Google Chrome. You probably won't even know you are using Brave... except for its red lion-face logo.
Also, Brave easily imports all of your bookmarks and passwords that you saved in Google Chrome (or other browsers.) It works with most password managers (like 1Password.)

They are developing a way to ‘sync’ your bookmarks to your other devices and that should be released in a month or two.

Installation could not be easier. For Apple you download the .dmg file to Downloads (or wherever,) go to it in Finder (file manager) and dbl-click and you get a pop-up showing you to drag the lion-icon to the blue folder icon... that's it.

There are a lot of “how-to” install Brave videos for both Windows and Mac on YouTube.
Brave also “lives” just fine with both Chrome and Safari and Firefox. You can have all four open at the same time if you wish!
You will have to set your home page in Brave Settings... simple to do... just like it is in Chrome,

The only two important differences I've found between Chrome and Brave is:

1. The default font size in Brave is a few pts. smaller than Chrome, but that is easily adjusted in Brave Settings.
2. When you create a new tab, you get a new screen/window with a random pix and a clock and other info. 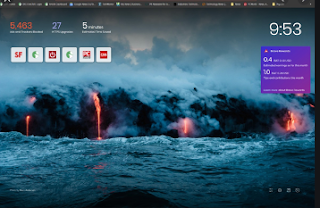 With Chrome you just get a new Google Search page. 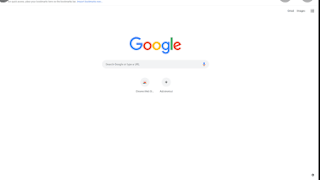 If you don't like the  'new page tab' picture page you can get an extension for Brave that will just give you a white screen. I like the picture-screen as the pictures it fetches are high quality and fun to see. (You can also delete any of the data on the screen or even hide the picture if you want.)

I don't know about you, but I'm tired of the junk mail and robo-calls I get as well as the liability of identity-theft, all of which is attributable to Chrome. I believe that Google has gone too far in its personal data-collection efforts.
Unless Google cleans up its act... and adopts a more privacy-centric approach, I don’t see myself going back to Chrome.
Feel free to contact me if you have questions.
ANC
Alan N. Canton, Managing Partner
NewMedia Create
https://NewMediaCreate.com
Fair Oaks, CA


PS: I found out about Brave from a terrific listserv for Apple Macs. Mailing lists were eclipsed by web chat boards, but they are coming back into vogue now. You can join the Mac-L list by going to http://listmoms.net/mac-l/index.html. One of the contributors is  Randy B. Singer, Co-author of The Macintosh Bible. His site has lots of valuable info for Mac users of all levels http://www.macattorney.com/ts.html. Much of what you see above was borrowed or stolen from Randy and others on the listserv.