It was good to attend Pacificon again. I always enjoy reporting on it.

I missed it last year and to be honest given what I saw this year, it does not look like I missed much. Of course I'm only speaking about the vendor exhibits. I did not attend any of the seminars or other functions.

Since not many (or any!) new radios are released each year, if you only attend every other year to see 'what's out there,' you really won't miss much, if my experience this year is valid.

There were two irritations that did not change from two years ago.

The first was the abysmal parking situation. The Marriott in San Ramon has a large parking lot, but not near large enough to accommodate the cars for both hotel guests and Pacificon visitors. I was told there was an off-site parking area with a shuttle bus but I never saw a sign for it. People were parked on the grass, in red zones, etc. Those who knew the situation knew to park around the corner at the Target shopping center and make the walk to the hotel.

The second commonality from the last time I attended was the abysmal prices for food... at least compared to the quality of it. I don't know if it is a money-grab by the hotel or if they split some of it with the Mount Diablo Radio Club who hosts on the show.

For the third year in a row, Kenwood http://www.kenwood.com/usa/com/amateur/ didn't see fit to support the show. They did not exhibit. I'm a Kenwood 'guy,' all my radios are Kenwood so their decision to pass on Pacificon was disappointing to me.

Being a good reporter, I asked people about it. Everyone noticed the absence of Kenwood. I heard these comments from hams I spoke with about the issue:


"If Kenwood won't support the ham community, perhaps we should not support Kenwood."

"I guess we're not good enough for Kenwood. What arrogance!"

Kenwood didn't make any friends this weekend, that's for sure. ICOM and Elecraft and Flex and Yaesu took space, sent reps and had lots and lots of people at their booths asking questions, turning knobs, looking at waterfalls, and thinking about buying a new radio.

About the only 'buzz' besides the Kenwood no-show was the price-drop for the mega-popular ICOM 7300 http://www.icomamerica.com/en/products/amateur/hf/7300/default.aspx transceiver now selling for around $970 depending on what vendor you buy from. A few people commented that maybe ICOM was clearing out old inventory to make way for an upgrade to the model. (I'd love to see them add D-Star to it but that would probably cannibalize some of their other products.)

Elecraft https://elecraft.com/ had the entire 'back wall' of the main exhibit hall and at times it was two-people-deep to see their equipment... and seeing their equipment is a real treat. The fit and finish of their products is top-notch. Their equipment is made on-shore and no one has a better reputation for quality and service. When I win the lottery I will build out an Elecraft station.

I had a nice talk with an author selling his "Fast Track" https://fasttrackham.com/ books on passing the various ham license tests. He and I agreed that the Extra exam is way harder than it has to be. I shared with him a short piece of wrote about 'gaming' the exam that has received many favorable comments.

A very interesting line of products for QRP is from QRPworks https://www.qrpworks.com/ . I didn't know much about QRP before talking with these guys. I just returned from a week on the Mendocino coast overlooking the ocean and it would have been nice to have had a QRP rig with a wire antenna and a battery so I could sit out on the deck overlooking the Pacific and maybe work Asia if there was any skip at all.

There were several antenna companies that exhibited. One that I had not seen before was N6BT https://nextgenerationantennas.com/ I don't know much about their products but they claim to be the "next generation" of antennas. (I guess "antenna hype" never ends!) 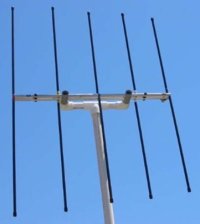 Also exhibiting was Elk https://elkantennas.com/ who were selling their portable 2M/440 antennas like Canadian marijuana. I really like this product and am going to get one when I get my new HT (probably the ICOM 51A.)

Finally, there was a company called Mastwerks https://trademarks.justia.com/owners/mastwerks-llc-3755425/ that plans to sell high-end antenna masts. It is a spin-off from Buddipole. They had one sample there but had no other info. The Buddipole people were at the next booth so I guess Buddipole took the extra space to get some eyeballs on their new company.

As I said above, I enjoyed attending the show even though I'd seen most of it before. As with many shows I attend (mostly in the book publishing and web design biz as I own Adams-Blake Publishing https://adams-blake.com and NewMedia Create https://newmediacreate.com talking with the attendees and often meeting up with people I have only spoken with but have never met is the best part.

If you have the opportunity to attend Pacificon you will see and meet radio voices you know well but have never had a F2F with. I urge you to go... maybe not every single year, but at least every once in a while. 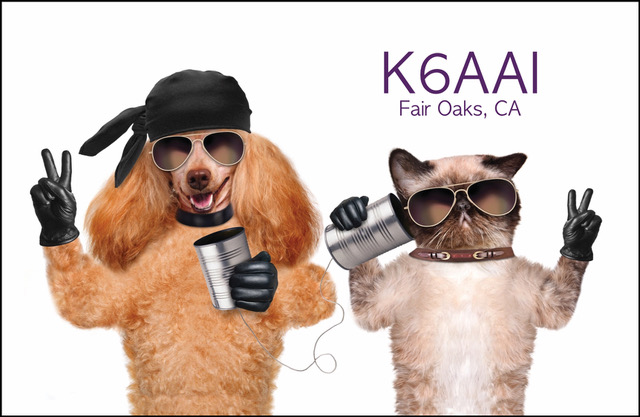